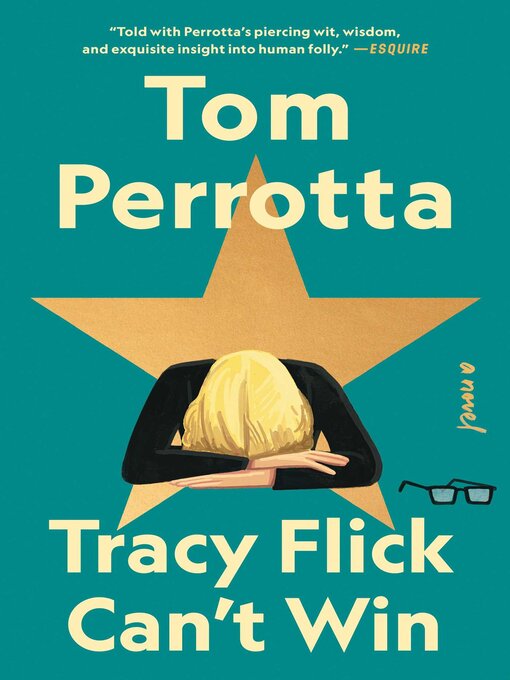 Our October date for the Rapacious Readers Book Club is Thursday, October 27th from 7pm - 8pm.

We will be discussing the book Tracy Flick Can't Win by Tom Perrotta.

Email Lissie at mscherer@wagnalls.org to to RSVP and for more information.

Tracy Flick is a hardworking assistant principal at a public high school in suburban New Jersey. Still ambitious but feeling a little stuck and underappreciated in midlife, Tracy gets a jolt of good news when the longtime principal, Jack Weede, abruptly announces his retirement, creating a rare opportunity for Tracy to ascend to the top job.Energized by the prospect of her long-overdue promotion, Tracy throws herself into her work with renewed zeal, determined to prove her worth to the students, faculty, and School Board, while also managing her personal life—a ten-year-old daughter, a needy doctor boyfriend, and a burgeoning meditation practice. But nothing ever comes easily to Tracy Flick, no matter how diligent or qualified she happens to be.Among her many other responsibilities, Tracy is enlisted to serve on the Selection Committee for the brand-new Green Meadow High School Hall of Fame. Her male colleagues' determination to honor Vito Falcone—a star quarterback of dubious character who had a brief, undistinguished career in the NFL—triggers bad memories for Tracy, and leads her to troubling reflections about the trajectory of her own life and the forces that have left her feeling thwarted and disappointed, unable to fulfill her true potential.As she broods on the past, Tracy becomes aware of storm clouds brewing in the present. Is she really a shoo-in for the Principal job? Is the Superintendent plotting against her? Why is the School Board President's wife trying so hard to be her friend? And why can't she ever get what she deserves?In classic Perrotta style, Tracy Flick Can't Win is a sharp, darkly comic, and pitch-perfect reflection on our current moment. Flick fans and newcomers alike will love this compelling novel chronicling the second act of one of the most memorable characters of our time.